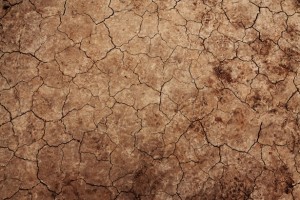 Climate change is becoming more of a focus for me…we’re learning more and more, but also starting to see more effects of this.  So, I’ll be posting summaries, like this one, of various climate change stories I find on the web, rather than posting them one at a time.

First up, the latest National Climate Assessment, produced by more than 300 government scientists and outside experts, paints a bleak picture for this country.  The report, still in draft form, predicts warming and more extreme weather events.  Read more here.

A forthcoming report from the Intergovernmental Panel on Climate Change was leaked online (not due to be released until September of 2013 as it is not yet peer-reviewed), and paints a grim picture for our civilization…if we continue on our current path, warming will be ‘a catastrophic and unmanageable 10F over much of Earth’s habited and arable land.”  The report also concludes that it is ‘virtually certain’ that human activities are responsible for this global warming.  Read much more about this report here.

The World Bank is raising the red flag about global temperature increases above 4C (7F), saying that “we’re on track for a 4C warmer world marked by extreme heat waves, declining global food stocks, loss of ecosystems and biodiversity, and life-threatening sea level rise.”  Food security is in doubt as temperatures rise, with crop yield reductions and extreme temperatures likely leading to shortages and hunger.  What’s worse is that this 4C ‘danger zone’ is something that our current policies can’t even meet – we’ll overshoot that easily.  Read more here.

The BBC reports that current CO2 emissions are too high to curb climate change, and are increasing, rather than decreasing as we need.

The Washington Post reports that, while there is a wide range of predictions from the various climate models, the National Center for Atmospheric Research is finding that warming is likely to be on the high side of predictions – not good, as it means we’ll substantially overshoot the target world leaders have agreed upon as the limit to avoid catastrophic consequences.

It’s basically all bleak news these days…but what makes it worse is that we have the technology and resources, right now, to make significant reductions in our CO2 emissions but we fail to act.  Future generations will pay the price…and it doesn’t have to be this way.