A friend recently made me aware of a website for a group called Project Drawdown. It’s interesting…it’s addressing the concerns of those who want to do something to fight global warming but maybe aren’t sure where to start. On a larger scale though, it’s identifying all the things we can be doing to reach that drawdown point…where greenhouse gas emissions start decreasing for a change.

Politicians would be wise to draw from this knowledge base to draft their own proposals for fighting climate change, if they wish to attract the interest of voters who care about this issue. The breadth of ideas here is inspiring.

This is a good article talking about the current state of technology of carbon capture, and how it’s a vital piece of the puzzle to minimize the effects of manmade climate change. It is imperative that governments and the private sector invest in the deployment of these technologies.

This was a good video…I’m not sure how to change the course this society is on but we must try. 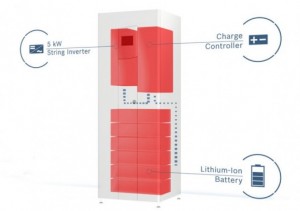 Bosch is selling a near plug and play energy storage system for home use, the BPT-S 5 Hybrid, a refrigerator-sized cabinet that houses a large battery, charge controller and inverter, to simplify integration with a house’s existing solar and grid lines.  Installation is estimated at a mere two hours!  It’ll charge up when your solar panels are producing excess energy, and discharge that into your house as needed at night.  Unfortunately…it’s only available in Germany at this point. 🙁 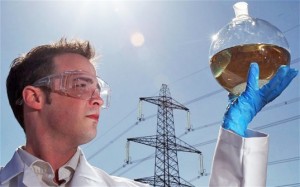 A company in England, Air Fuel Synthesis, has demonstrated a method of making a liquid hydrocarbon fuel from nothing more than air.  Well, more specifically, they say the process:

Naturally, they believe it is a scalable process but is so far confined to laboratory volumes – they’ve produced five liters since August, which is fantastic but they have a ways to go.  What’s key here, too, is how much energy is consumed in this process, something that so far I can’t find details of.  If powered by solar or wind, though, a process like this could theoretically be nearly carbon neutral, yet still provide fuel to power cars and trucks.  Or, if coupled with a utility-scale solar panel installation, some excess solar energy could be funneled to this process during the day, producing fuel which can power generators during the night when the panels aren’t producing.
Read more over at Wired, Inhabit, or Jalopnik.
October 24, 2012