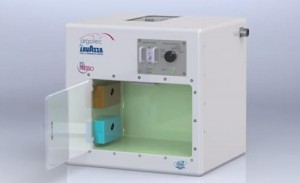 Perhaps the greatest problem astronauts face has been solved – Lavazza has designed an espresso machine which the Italian Space Agency intends to send up to the International Space Station!  Astronauts can now enjoy a shot of espresso in the mornings, though due to the microgravity environment, they’ll be forced to sip it from a plastic bag rather than a ceramic cup.  But hey, small price to pay for the ability to drink espresso while enjoying one of the most magnificent views in the solar system!

If Bigelow Aerospace manages to build their space hotel, I wonder how long it’ll be before Starbucks opens up their first orbital coffee shop? 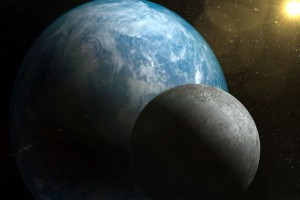 The Fermi Paradox is a fascinating argument…it basically says, if the probability of life is so high in this universe, as it appears to be, where are all the other civilizations?  Why is there no evidence of their existence?  It’s a puzzle for sure, especially as more and more planets are found orbiting other stars.  We’ve already discovered 861, and scientists estimate there are about 100-400 billion planets in this galaxy, of which at least 17 billion are Earth-sized (not all of those habitable).  Well, there’s a great article on IO9 (click here) that details eleven possible answers to the Fermi Paradox.  My favorite – though it’s also the scariest – is that we’re living inside a sort of computer simulation, one that just wasn’t created to have the same level of detail in the entire universe.

Scientists have found what appear to be fossils resembling plankton inside of a meteorite that landed in Sri Lanka in 2012.  It’s certainly not conclusive, as there’s even the possibility this meteorite was ejected from this planet in some larger impact long ago and just now fell back…but it’s an intriguing possibility.  I think we’ll need many, many more examples of this before it starts to gain scientific credibility. 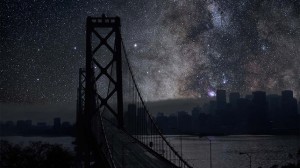 Artist/photographer Thierry Cohen has created some really cool images which show what several major cities worldwide would look like if there was no artificial lights (nor moonlight) masking the starry skies.  The result is really cool and can be viewed at his website.  He did this by shooting images of the night sky in places with similar latitude but no city lights, then overlaid them onto darkened photos of the cities themselves.  Very cool.

If you’re curious about dark energy, check out this short video giving a high-level overview of what dark energy is (well, at least what we know about it, that is…we don’t really KNOW what it is), and how scientists are working to learn more about it.  There’s also a great FAQ on the subject at Discover Magazine’s website…it’s really long, but then, dark energy is a complicated subject!