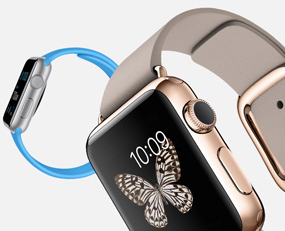 Well, no surprise that Apple unveiled the Apple Watch today…but I was a bit surprised at how watch-like it looks. I really expected (hoped?) Apple would branch out and reinvent the wrist-worn device, but they’ve gone a fairly conservative route with styling and focused on software and usability instead.  Which, in hindsight, I shouldn’t be surprised about.  The watch isn’t shipping until early 2015, and we’ve only seen the tip of the iceberg in terms of what it can do.  I think it’ll get a lukewarm reception overall, though when compared to the other recent entries in the marketplace (like the Moto360), it’s one of the better devices on the market.  It does seem to offer some slick software features though..for example, if a friend texts you with an ‘either-or’ question, the software will recognize that and offer those two options as replies ready to send with a tap.  I look forward to learning more about the Apple Watch over the coming months.  In the meantime, check out the review at TechCrunch or the product page at Apple’s website for more info.

You’ve heard the hype. Apple is likely unveiling a new iPhone today. Bigger screen, NFC communications for paying in stores. Etc. More significantly though, today is the day Apple is expected to revolutionize, reinvent, and dominate the struggling smart watch/activity tracker market. We shall see. My prediction goes back to early geek days. Remember those calculator watches? Big and bulky. Apple needs to hide a bulky battery. I recall some wearers rotating their calculator watches 180 degrees, so the watch was on the inside if their wrist to protect it. I predict Apple will do something similar. The bulk of the watch will be on the inside of your wrist, out of view, out of the way, yet also in a great spot for biometric sensors to do their job. The screen will still be on the outside of your wrist though, and flexible…it’ll look more like a band than watch. So that’s my best guess. We’ll find out at 10:00 CA time if I’m right! 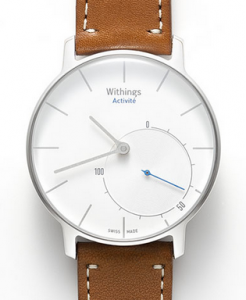 Withings has announced its new Activité watch with built in activity tracker, though it’s not due to ship until fall (when it’s likely to face challenges from Apple and Google).  It looks like a normal watch, and is even powered by a normal watch battery (size CR2025 if you’re curious, which last about one year).  Note the 0-100 dial though…that helps you track your activity goals.  Withings is not new to this scene; I’ve been using their Pulse activity tracker for over a year now and really like it.  Throwing those electronics into a watch body could be a really nice solution for those who want that combination and not a full ‘smart watch’.  At $390 it’s not cheap compared to activity trackers, but you really need to compare this to nice watches to justify its price.

For more info, go to Withings’ website or check out their press release here.

As expected, CES saw the introduction of a few new smartwatches, all hoping to grab marketshare and build sales momentum before the rumored Apple iWatch hits the market later this year.  Intel showed off a reference design powered by their new Edison chip, which is likely to be popular with OEMs. 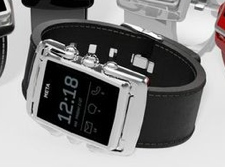 The Meta smartwatch is targeting the premium end of the market with style and a higher price (TBD, but likely more than $200).  Functionally, it offers similar remote-display capability as other smartwatches, though it sounds like Meta is putting a lot of attention into producing a watch that is comfortable and more easily integrated into your life.  We’ll see. 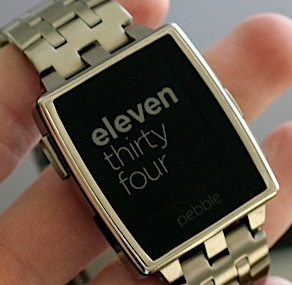 Pebble took the guts from their smartwatch and wrapped it in a couple of different metal options at a $250 price point.  It sounds so far like a pretty welcome change that was done right.  The bigger news, though, is that Pebble will finally be opening up an App store soon, and it’s the apps (or lack thereof) that have been the bane of every smartwatch on the market to date. 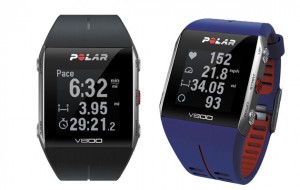 The Polar V800 integrates GPS with a typical smartwatch feature set, to provide all around functionality for those with active lifestyles.  I regularly use a Garmin Forerunner to track my running so at first glance this sounds great, but users of those Garmin devices will be familiar with how quickly the battery will die when GPS is active.  Polar claims a 14 hour battery life when GPS is active (or 50 hours in what they call lower power GPS mode…I’m not sure what that is, I assume just infrequent GPS updates).  So it might work OK as a smartwatch, but I’m not convinced that the bulk of this will be worth it, I’d rather strap on my Garmin when going for a run, and use that in conjunction with a slim smart-bracelet instead.  Maybe when I see the V800 in person I’ll change my mind.

On the smartwatch horizon for 2014 are two 800lb gorillas ready to enter the ring.  The first up will be Google, expected to release their smartwatch very soon.  Later in 2014, it’s almost certain that Apple will release a smartwatch as well, and if you ask me, that’ll happen before WWDC to help get developers on board with it – the strength of any smartwatch is ultimately measured by how the apps use it, so Apple will want to tap that resource to help them dominate the market.

2014 is shaping up to be a fun year in wearable technology! 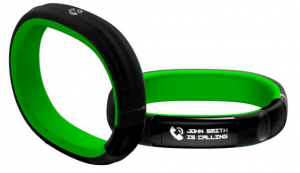 While Razer is calling the Nabu a ‘smart band’, it really seems more like a sleek watch to me.  It has the usual tracking sensors, though sports two OLED displays to display the time and smartphone notifications, and will be available later this year.  Read more about it at CNET or SlashGear.