Facebook has been in the news a lot lately, not for what they did directly, but for what they allowed Cambridge Analytica to do…namely, harvest private information of the Facebook friends of people who had opted to take a quiz (and opted to share their info by doing so).  Around fifty million users were affected…and the fine per violation is up to $40,000!  So yeah, it’s kinda a big deal, especially as this data was used for political gain by the Trump campaign, and a good reason why the stock has plummeted (potential trillion dollar fine, not to mention loss of users and trust).

Many people are quitting Facebook as a result, as they’ve realized what a massive amount of data has been compiled on them.  Their likes, travel, interests, their whole life is sometimes documented on Facebook for companies to profit from.  There’s another option though…delete your history.  Facebook is a fun way to keep in touch with friends, but do you really need an archive of what you posted several years ago?

To delete old posts, likes, and other activity, go to the ‘activity log’ of your profile page, then you delete items one by one.  LOL.  I mean yeah, you CAN do it, but if you’re a heavy user, that’s crazy!  Naturally, technology provides us with a better option. 🙂 Install Google Chrome, then install the ‘Social Book Post Manager’ extension.  This will allow you to perform actions on a bulk level…either delete, or hide, based on year/month or even keywords (painful relationship history?  Erase all mention of your ex from your life! 🙂 ).  You can choose how far back to maintain your data…and use FB as a ‘current events’ record instead!

I’ll admit it though…deleting old posts was scary!  The extension does give you a preview of what it’s going to delete, but you’re looking for tiny checkmarks, it’s not a great user interface as the extension has to work with with Facebook provides for this.  Then when you do have a chance to confirm, there was a ‘select all’ option (avoid that and choose ‘confirm’ instead!), and the Facebook UI threw up various confirmation windows that you need to ignore until the extension is done, then hit cancel on those windows that won’t go away.  So, clunky approach…but it DOES give you a tool to regain a bit of privacy on Facebook without abandoning it entirely.

The US government’s over-reaching intrusions into the digital privacy of its citizens, most evident in the Snowden leaks, seems to be a great example of pushing past the breaking point.  Users were generally aware of, and tolerated, some minor level of spying, but once the full extent was made known, companies across the globe are scrambling to provide better security.  Apple and Google are now both working to make their mobile operating systems as secure as secure and encrypted as possible.  The result is that the government is going to have a harder time spying on people, and the director the FBI is going public with his concerns that the use of encryption has ‘gone too far’.  Here’s a recent interview on 60 minutes, or read more at AppleInsider.

Well it’s their own darn fault, you know.  They abused the trust people had in government, now the pendulum swings the other way and we seize back our privacy.

The Anonabox is a new project launching on Kickstarter (funding closes on 11/11)., that helps make it easier for people to use the internet anonymously.  It’s a small router, that sends all data over the Tor network, and costs $51.  Users still need to be careful about their own computer though…cookies in your browser leave a trail of virtual breadcrumbs that can be analyzed (requires access to your computer though) – but private session browsing, or using the Tor browser, can help protect against that.  I like the idea of this product…if installed upstream of your current router, it can protect all data traveling outside of your own personal network, with no software installation required on each device on your network.  Just plug and play.  Read more at the Kickstarter page, or at Wired. 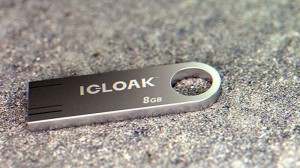 The iCloak Stik is a promised to be a portable anonymity tool, turning any computer into a private, safe, and untrackable way of accessing the internet.  It’s basically just software on a USB flash drive that boots when you reboot your 64-bit Windows or Mac computer, and promises to completely mask your IP address (using TOR or I2P), let you choose what country you’d like to appear to be surfing the ‘net from, creates a random MAC address for your computer (the physical ID of your network interface circuit), browse anonymously, wipe all trace of your online activity, prevent malware/spyware infections, and encrypt usernames and passwords.  Oh, and you can store files on the USB stick too (but I don’t think these get encrypted).  It’s really like booting into a separate, scaled-down OS – you won’t be using your normal computer apps.

In case you haven’t been following the news, it turns out the NSA has been spying on Americans regardless of whether or not they’re suspected of doing anything wrong.  The latest Snowden leak showed that of 160,000 intercepted messages, only 10% were from official targets.  Devices like the iCloak are targeted at people who view this as a violation of their freedoms and fourth amendment rights.  Of course, note that with Kickstarter, the names and cities of all backers is public information…so I wouldn’t be surprised that if you choose to be a backer, you’ll end up on an NSA watchlist somewhere.  Paranoid?  Not really.  People who followed links to articles on Boing Boing about Tor and Tails ended up on such a list.  Still, I figure by even writing about the iCloak I’ll get on that list…so I might as well buy an iCloak while I’m at it!

You can check out their Kickstarter page here.

Do you own an Android smarphone?  Chances are, you opted in to passing along location data to Google when you set up the phone…but did you have any idea just how extensive that is?  Google’s doing their part to be a bit more transparent here, giving you the ability to view all the location data they have on you.  Just go to the location history browser.  I wasn’t able to use this as I’ve always been an iPhone user, but this article at TechCrunch sheds some light on the level of detail involved.

There’s no reason to believe that Apple isn’t collecting a similar dataset on its users.  There are plenty of beneficial reasons for doing so, but any user of technology needs to be aware of stuff like this..if it bothers you, you can usually opt out.

The use of drone aircraft in the US is the target of new legislation in the House of Representatives, which basically seeks to prohibit citizens from flying any remotely operated aircraft that has a camera (sorry kids, no more strapping cameras to model rockets!).  Or rather, they seek to make it a misdemeanor to use a UAV to photograph a person or their property without their explicit permission.  This is a bit redundant, as there are already privacy laws that prohibit photography when a person has a reasonable expectation to privacy.  Ignoring that for a minute, on the surface this may sound like a good law, but consider this.  Government would still have the ability to use UAVs, police helicopters, and surveillance satellites to photograph you without a warrant, whenever they want.  This just takes that ability away from citizens.  When you look at what citizen photography has already done in exposing police brutality and corporate wrongs, I believe that citizen UAVs operating under existing privacy laws are not necessarily bad, perhaps even a very good thing in maintaining trust in government and business.  It’s an interesting debate, I can see both sides of the issue…I think rather than an outright ban, we’d be better off with something less than that.  Maybe restrict them from photographing residential property, but the rest is fair game?  What do you think?