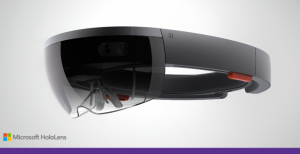 Well I was wrong about the timing of Augmented Reality…I thought by now we’d have some real apps on the market, but it’s just not there yet.  However, Microsoft has announced some cool glasses which may provide the boost AR needs to take off.  Called the HoloLens, they overlay digital images and graphics onto your field of view, and also add 3D/spatial sound for audio feedback as well.  Pricing hasn’t been announced, but they’re expected to be for sale this July!  Should be cool.  Check out the video below which will give you some idea of the potential applications (and they’re applications which, for the most part, don’t require additional innovation to implement) – I think the Minecraft demo is especially cool (and I expect that’ll launch with HoloLens).

Read more at SlashGear and TechCrunch.

Unless you’re one of the few who have been raised on a Mac since the diaper days, you’ve dealt with buying a new PC and all the software that it comes pre-loaded with (well, unless you’ve bought a high-end workstation from HP or similar companies, those I’ve found to be thankfully free of that junk!).  The software shipped on consumer PCs is sometimes helpful, but more often than not, just slows down your computer and becomes an annoyance with pesky popups asking you to upgrade.  With the arrival of the Microsoft Store comes ‘Microsoft Signature‘, a fancy way of saying they’ll sell you a computer the way they originally intended.  Just the OS, none of the garbage.  Well not quite…it does include Zune software, Microsoft Live Essentials, and other software that Microsoft wanted to ship you.  So in that respect it’s a lot like what a third-party computer company would sell.  However, I do think you’re better off…I’ve seen a lot of crap come from those third party computer companies and dealt with plenty more that wanted to install itself when I’d upgrade my computer.  It’s more in line with what Apple does, they provide software that is typically better integrated than third party solutions.  Check it out here.