What is being called the ‘world’s first ever comprehensive and independent study on the safety of GMOs and their associated pesticides’ is expected to launch in 2015.  At a cost of around $25 million, this international effort will be an approximately three year study of rats with the goal of answering these questions:

This is a BIG deal.  Monsanto had used a 90 day study which showed no ill effects, while a two year study by others showed tumors in the rats (only detected after around 18 months) – source.  A three year study will help address the concerns raised by that two year study, and may also lead to regulators requiring long term studies for future GM products (currently, long term studies are not required in any country).

So, great news…but we’ll have to wait three or four years to hear the results.  Read more about it here.

This is mildly encouraging…Congress has taken the first step towards requiring labeling of genetically modified salmon.  Will the amendment progress and ultimately become a law?  Doubtful…but one can hope!  Read more here: Mandatory Labeling for Genetically Engineered Salmon Wins Support in Senate Committee.

There’s a new category of genetically modified crops on the horizon that utilize a technique known as RNAi, or RNA interference.  For a recap of what RNA does, check out wikipedia, but in summary: it’s primarily a messenger, carrying instructions from DNA to control the synthesis of proteins.  RNAi is an attempt to interfere with this process; an insect (the corn root worm, in this case) takes up small siRNA (small interfering ribonucleic acid molecules) from a corn plant, which then turn off the production of critical proteins in those pests, killing them.  It’s a pretty amazing technology, and one that’s also being explored in the fight against cancer, to interfere with cell division of cancerous cells.

So there lies the concern.  The medical field is looking at ways to help the human body absorb those siRNA molecules.  The food industry wants the opposite, for there’s justifiably a lot of uncertainty and concern about the effect this may have on the body.  Some scientific studies have indicated that the body might be absorbing this, most find no evidence of that.  It seems much of the uncertainty comes from the difficulty in detecting these very small molecules in the first place.  There is also uncertainty about what other insects may be harmed by this (one study found that ladybugs were one victim).  On the plus side, this has the potential to reduce or eliminate two techniques currently employed – spraying crops with Roundup (that then gets into our food supply), or using corn that is genetically modified to produce BT Toxin (which we then consume).

Monsanto is convinced they’ve studied the issue enough, and have applied for approval to sell this new corn variant.  There still seems to be quite a bit of valid scientific debate over that subject…but if history has taught us anything, it’s that big business will win out over science and public health concerns.

You can read more about this at the NY Times or in the Boulder Weekly. 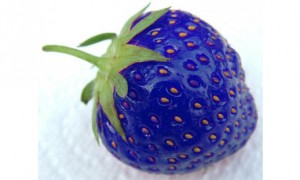 With all the news about GMOs…what do you really know about them?  Ignoring the health concerns for a moment, it’s good to look at some facts about how widespread they are, and that’s what this article at the WSJ does.  Some key points:

You can read more at the WSJ article linked above.  I’m a huge fan of using science to improve our lives, but believe  it cannot be selective science like GMOs are.  What I mean is, new seeds are designed, but long term health effects are not adequately studied before the seeds are introduced to market.  Instead, seeds are put on the market, making us all guinea pigs, but without adequate control of the variables, any health concerns that may someday surface cannot be accurately tied to any single crop.  There can be no accountability, and with neither accountability nor laws requiring extensive testing, there is no incentive for companies to be sure their products are human-safe.  While some GMO efforts are likely benign, the idea of engineering corn to produce poison to kill insects for example (read up on BT Toxin)…and then telling us it’s OK for us to eat that poison…that’s a real stretch.Oh, and that picture of a blue strawberry?  That’s not photoshop, that’s GMO at its finest, and you can read more about that here. 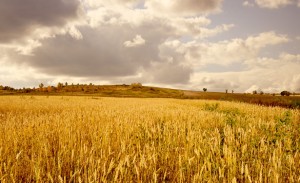 If you want to know why I’m worried about genetically modified foods, read this article from New Zealand.  Scientists are concerned about GM wheat being tested in NZ and Australian, and more specifically, they claim:

So, do we need to be worried?  I think the bottom line is that we don’t know.  I think this DOES show, though, that we need to be cautious and thorough in testing GM crops for possible side-effects on people…we must not rush this technology to market, but rather, each and every modification to the genetic code of our food supply needs to be tested.  Right now, that’s just not happening, and that’s the scary thing.