Stuck in an office, wishing you were on vacation?  I know I am!  Fortunately the people at BBC Earth have provided this wonderful distraction, a ten hour video of various underwater scenes.  No weird music, just underwater greatness. 🙂

Galileo is usually credited with first describing the idea that objects will fall to the Earth at the same rate, regardless of mass (there’s some debate over whether he actually experimented with this at the Tower of Pisa though).  So yes, a feather should fall at the same rate as a bowling ball…but air resistance gets in the way of performing this experiment.  Unless you remove the air of course, which is exactly what physicist Brian Cox did in the video below, using an enormous vacuum chamber in Ohio.  Great video to show your kids!

A recent poll by the AP shows that people accept some science, reject other, which probably isn’t a big surprise to anyone who pays attention to such things.  The poll queried 1000 people, which the AP says is good for a margin of error of about 3% (ok, so I’m not accepting the science behind that error calculation, but let’s play along for now).  80% are ‘strongly confident’ that smoking causes cancer, yay!  Sadly, only about half believe vaccines are safe and effective (though an extra 30% were ‘somewhat confident’ of that statement); 33% accepted mankind’s role in climate change, and 31% accepted that life on Earth evolved.  Not surprisingly though, in keeping with the rejecting of science is an acceptance of hypocrisy – while 31% accept that life on Earth evolved to get to where it is now, 65% accept that antibiotic overuse led to drug-resistant bacteria (so, they accept only limited evolution?).  36% reject the idea that the Earth is 4.5 billion years old.

We live in a society where the media and many politicians help perpetuate scientific ignorance…and until that changes, I don’t see poll numbers like these changing.

You can view the full results in this PDF or read more over at ArsTechnica.

This is too cool!  Just about every cool chemical reaction I’d heard of, and many I hadn’t.  Don’t try this at home, boys and girls! 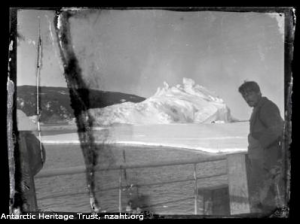 Almost a century ago, Ernest Shackleton‘s Antarctic Expedition (1914-1917) left some film negatives in Captain Robert Falcon Scott’s former hut (from his failed 1912 expedition to become the first to reach the South Pole).  Amazingly, it’s taken until now for these negatives to be (re)discovered by New Zealand’s Antarctic Heritage Trust.   It’s pretty cool that the negatives are in such relatively good condition, but it also makes you realize how fragile our current archiving of our lives is – we are totally dependent on relatively fragile digital media.

Read more over at CNN, or check out all the photos here.